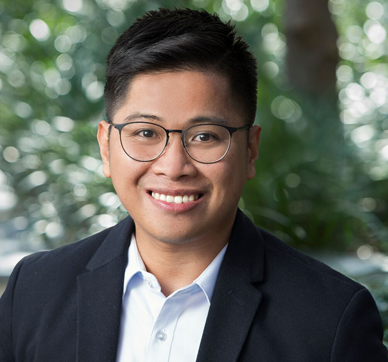 Jay-R is a registered patent and trade mark attorney in Australia and a registered patent attorney in New Zealand. He is also a recognised professional chemical engineer in Australia and a licensed chemical engineer in the Philippines. He holds a degree of Bachelor of Science in Chemical Engineering from the University of the Philippines Los Baños and a Master of Intellectual Property from the University of Technology, Sydney.

He spent his early career working in a confectionery manufacturing plant prior to joining a boutique intellectual property firm in Manila, Philippines. After relocating to Singapore in 2012 he joined an established intellectual property firm as a patent specialist handling prosecution of patent and design applications in various jurisdictions including Singapore, Philippines, Thailand, Indonesia, and India.

In 2017, Jay-R migrated to Australia and joined Franke Hyland.  Jay-R handles prosecution of patent, design and trade mark applications in Australia and New Zealand as well as in major jurisdictions like USA and Europe.