Firstly, overall PCT patent applications continue to grow strongly, after a brief setback in 2008-2010 due to the GFC, etc. 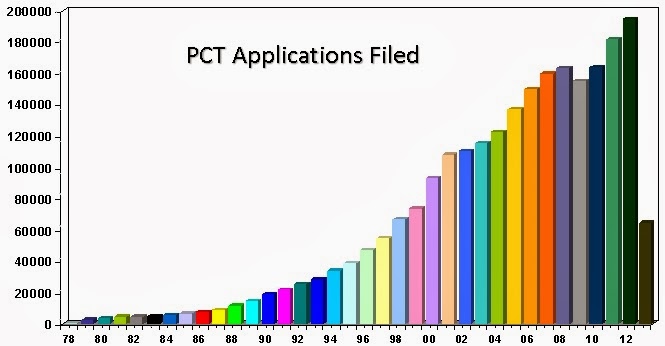 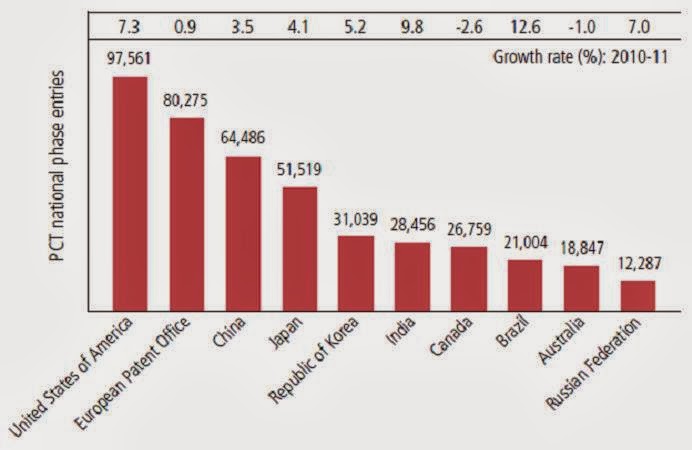 Most interestingly, there are now two Chinese companies in the top four individual filers of PCT applications, with ZTE Corporation remaining way out in front as the top filer for 2012:

In all, the PCT system continues to grow strongly overall, with the USA and Europe leading but with the developing economies making up ground. Australia remains a middling player in the global IP market, and appears to be gradually losing ground since 2008. 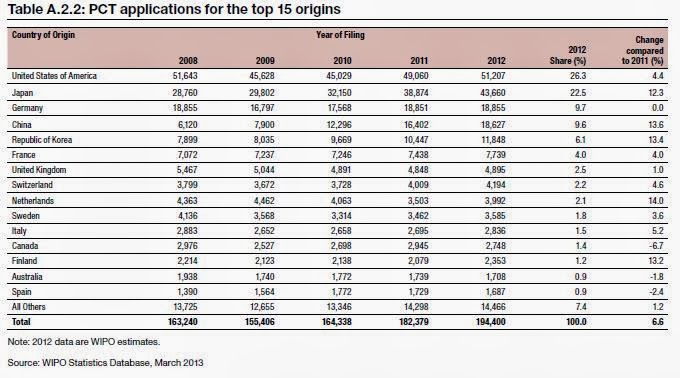