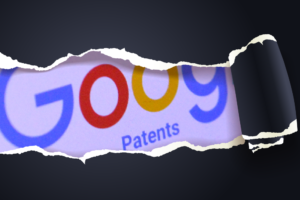 For people in our line of work, Google Patents is a moderately valuable tool offered by the multinational monolith. You won’t find any funny cat videos, but you will find a range of patented ideas by innovators hoping they have created the next platform on which people will watch funny cat videos. Seriously, go ahead and have a look.

Since it was launched in December 2006 Google Patents has been a great tool for inventors and patent lawyers around the world. However, there are a couple of significant issues with it that you need to be aware of when using it.

The first relates to the manner in which the 87 million patents, some of which stretch all the way back to 1790, have been placed on the site. They are visible as PNG documents and have been scanned using optical character recognition (OCR) technology. This takes images of handwritten, typed or printed words and turns them into printed text that can be searched.

The trouble with OCR is that it does not always create a complete or accurate record. It only takes one speck of dirt – easy to accumulate on a document that has been lying in an archive for decades or centuries – to turn a zero into an eight and make it impossible to search for the patent number.

The other major concern for local inventors is that Google Patents does not yet include Australian or New Zealand patents. This means that you cannot simply use Google Patents on its own and be confident that your innovation is an original idea, and even more importantly you cannot assume the Google Patents will tell you if you are infringing someone else’s IP rights in Australia or new Zealand.

Google is taking steps to add new countries to the search options, but last year it only got around to include the United Kingdom along with 10 other nations such as Japan, Russia and France. That still only brings the total of patent offices in the database to 17 and suggests that Australia may still be a long way from being added.

So the important message here is that Google Patents is a highly valuable tool and often a great starting point for your search, but it cannot yet be fully relied upon. The definitive place to go to understand Australian IP rights is still IP Australia, the Australian Government department that administers intellectual property rights. You will find them at www.ipaustralia.gov.au/patents